The primeval forest Perućica and the Skakavac waterfall are magical places in this world that are patiently waiting in the Sutjeska National Park to sharpen the visitors’ senses. After leaving one of the last rainforest reserves in Europe, we will spend the night at the foot of Maglić in traditional mountain houses – katuns – or in tents on the Prijevor plateau. The first rays of the sun, instead of an alarm, will lure us and signal that it’s time to walk to the beautiful and charming Trnovacko lake, which is located in the amphitheater of the Maglić, Volujak and Bioč mountains and is waiting for us!

Welcome to the Sutjeska National Park. Your adventure begins with a welcome meeting around 6 pm. We will get to know each other better at the meeting with a welcome drink and hand you the room keys.

If you have come to the Tjentište, then it is inevitable that you visit the Memorial Complex of the Battle of the Sutjeska which is seen from the main road. This complex is built in memory of one of the most difficult and bloodiest battles of World War II in which Partisan forces engaged against joint German-Italian and quisling troops in this area.

Dinner is planned for 8 pm in the restaurant of national cuisine “Komlen”.

After breakfast by 8:00 a.m., you will meet your mountain guide and driver and head to the Dragoš Sedlo viewpoint, which is also one of the entrances to the oldest rainforest reserve in Bosnia and Herzegovina.

Before we go into the heart of the rainforest, we will visit two viewpoints (Beškita and Dragoš sedlo), where one of the most beautiful views offered by the Perućica rainforest will open, to the Skakavac waterfall, which falls from 70 m and is one of the highest waterfalls in the country, as and the surrounding mountains. This a good opportunity to think again if you are ready to set foot in the jungle ☺.

After taking photos and sightseeing from the viewpoint, we will start our descent into the heart of the rainforest, where our ultimate goal is to reach the waterfall Skakavac, which will take us approximately 3 hours. Bearing in mind that the descent is vertical and that due to the natural cycle of birth and death that takes place without the influence of man in the rainforest, there are deposits of leaves on the ground that make the terrain even more slippery, so adequate footwear is necessary!

On the winding road through the dense forest, to our final destination, you will catch the eye of the Suški stream, which flows through the rainforest and in its course forms mini beech trees that break the silence of this place with their hum.

At the waterfall itself, we will take a longer break for lunch. After regaining our energy, we head towards the Prijevor plateau, where we will sleep in tents directly below the highest peak in Bosnia and Herzegovina, Mount Maglić.

Near the tents, a hot dinner will await us, and the view towards Maglić under the glare of the stars sounds tempting.

At around 7:00 a.m. you wake up to the smell of coffee and the rays of the mountain sun.

After breakfast, we descend towards the Suva Jezerina valley along a steep path about 6 km long. Along the upper edge of the valley, through the forest, we come to a plateau with a heart-shaped lake. Trnovačko lake is located at the foot of the mountain Maglić, and with its 22 °C, it is ideal for swimming.

If your arrangement is realized in the period until July, there is a high probability that we will find deposits of snow around the lake itself, so we can snowball before swimming ☺.

While we are relaxing and enjoying ourselves, we will use the opportunity to have a bite to eat :), and until 2 o’clock, when we plan to return to Prijevor and our vehicles, we will have lunch near the lake.

At around 4:00 a.m., from Prijevor we will head to Tjentište, after which your arrangement also ends. 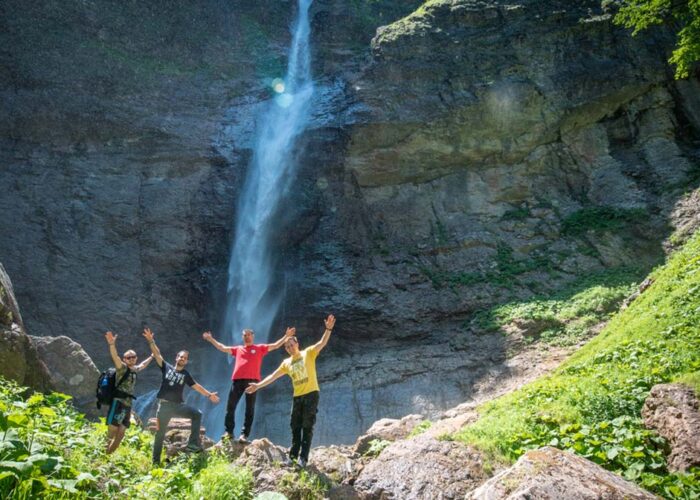 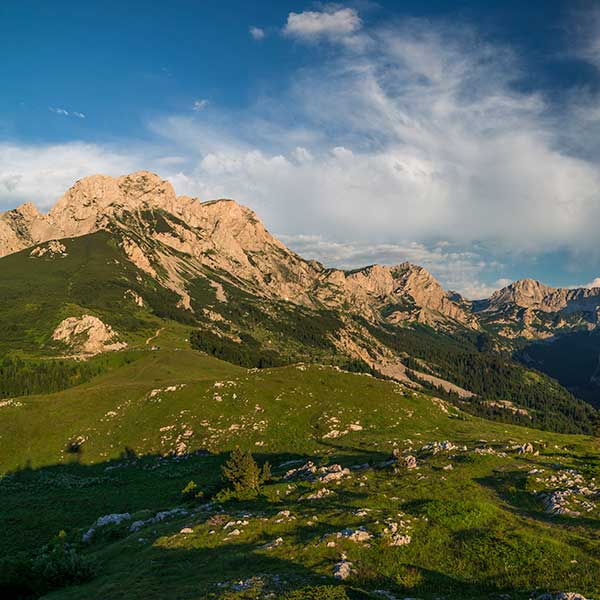 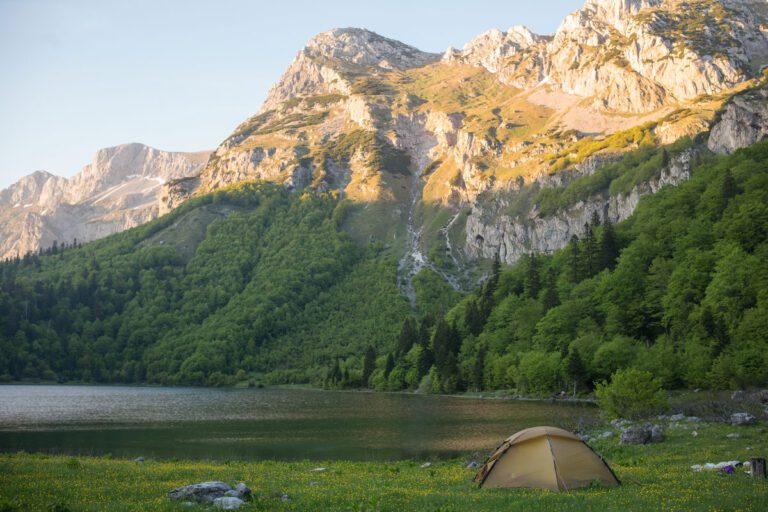 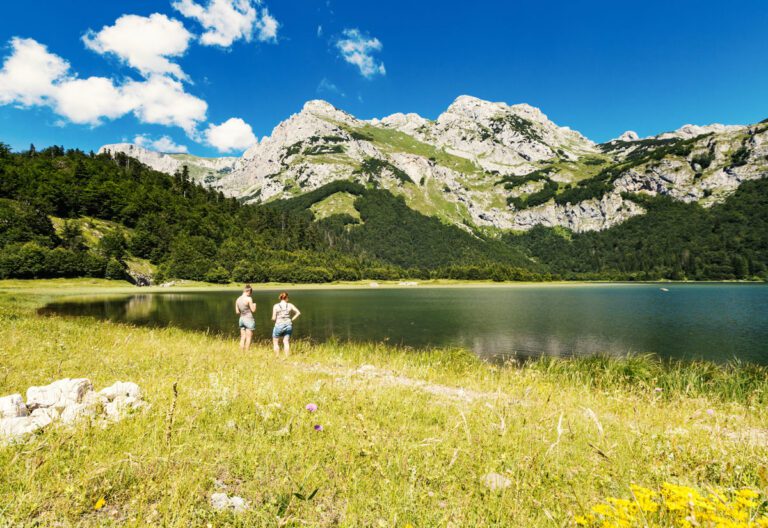 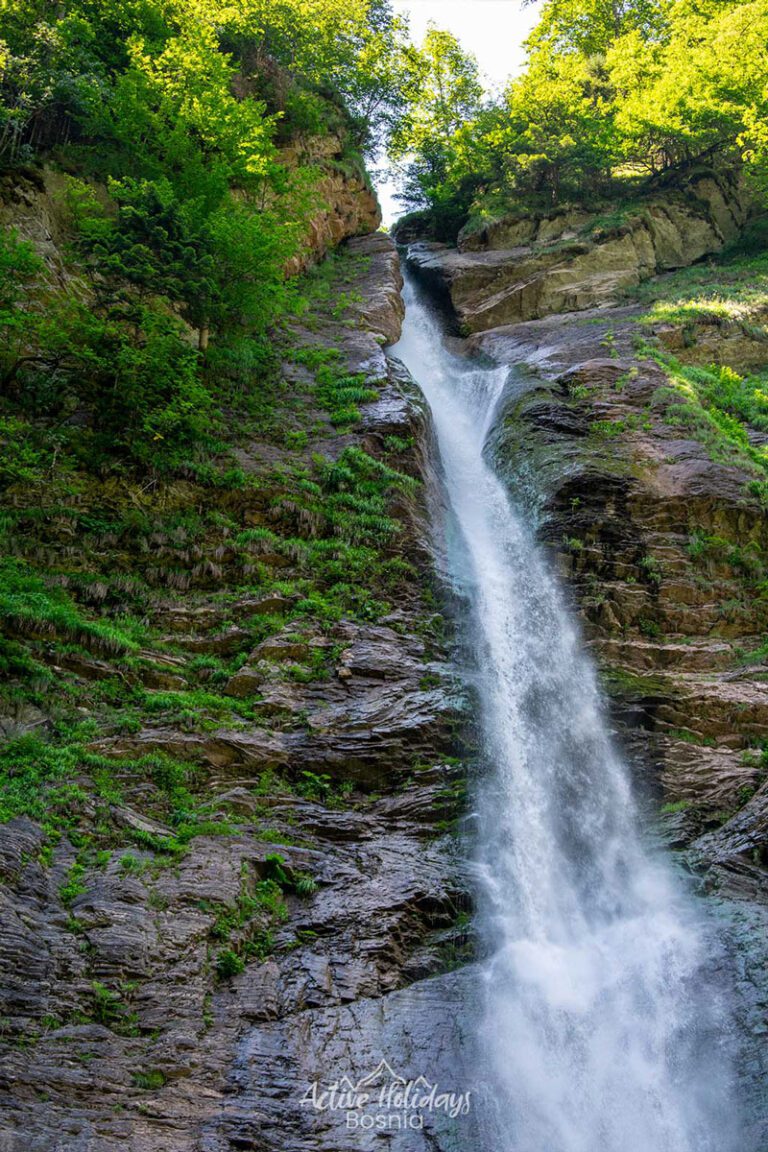 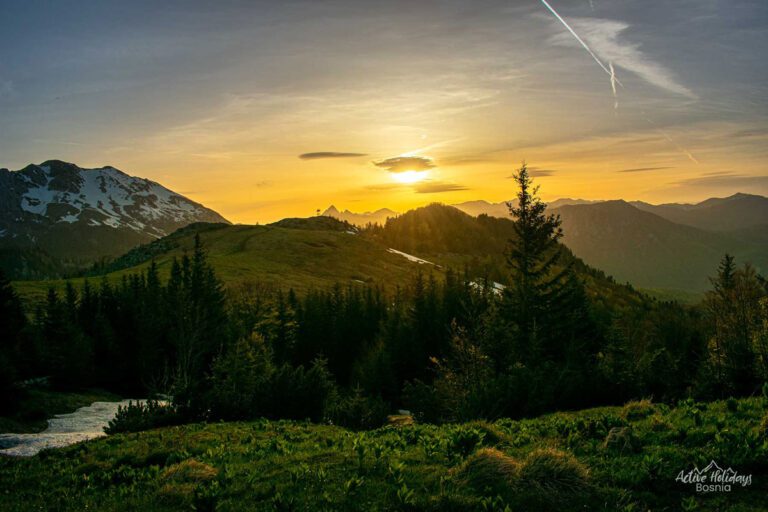 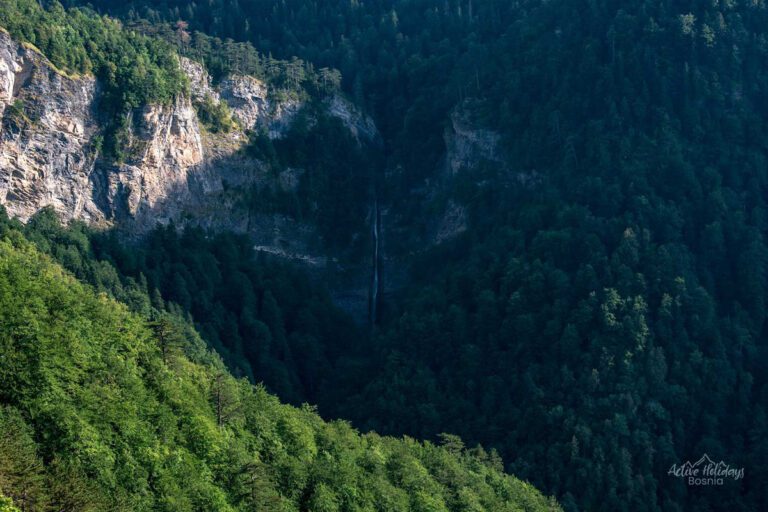 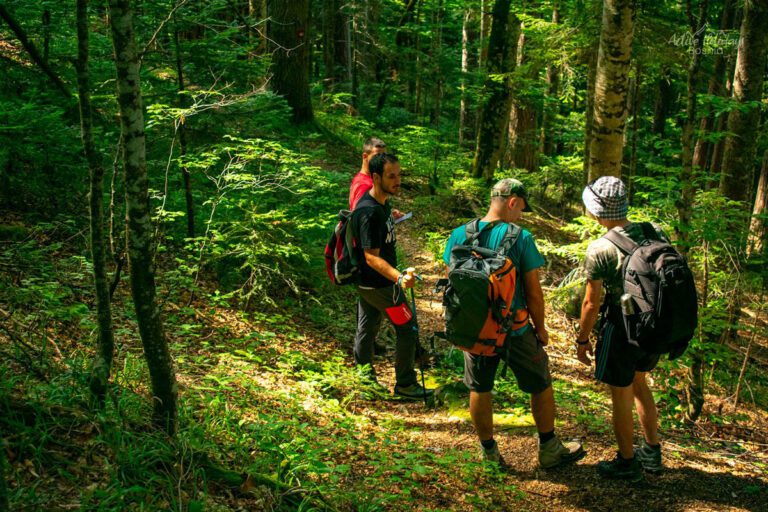 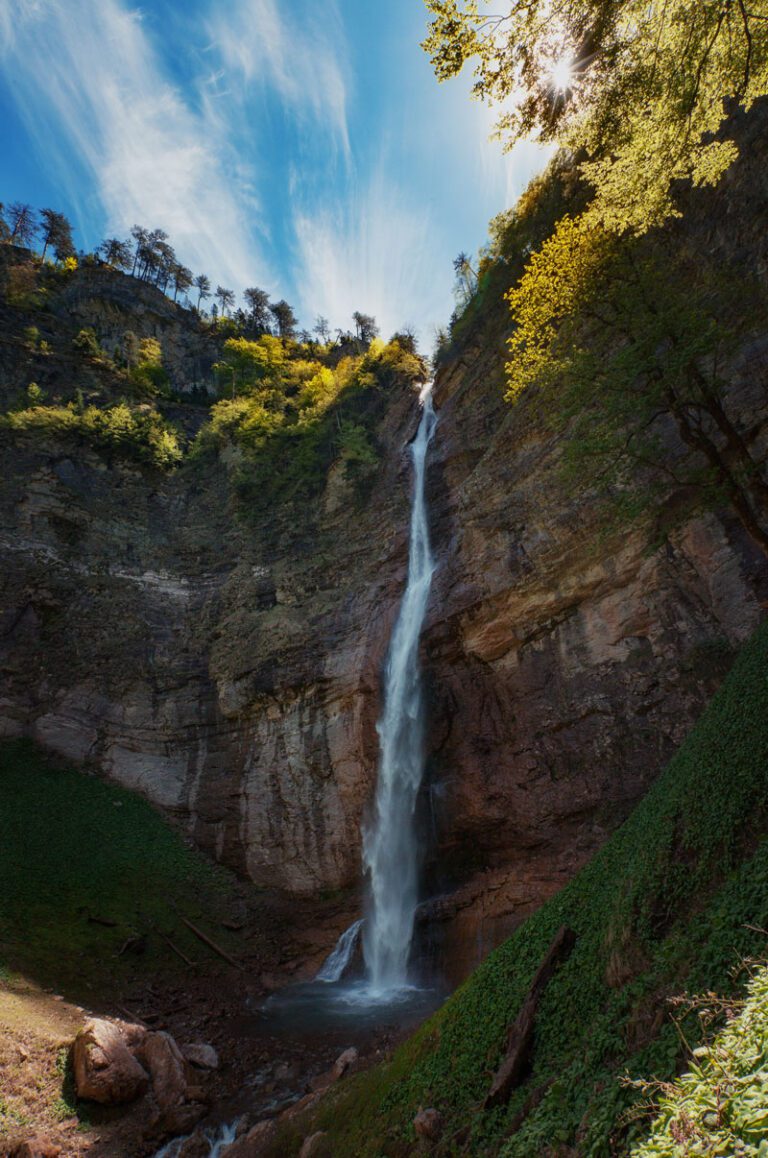 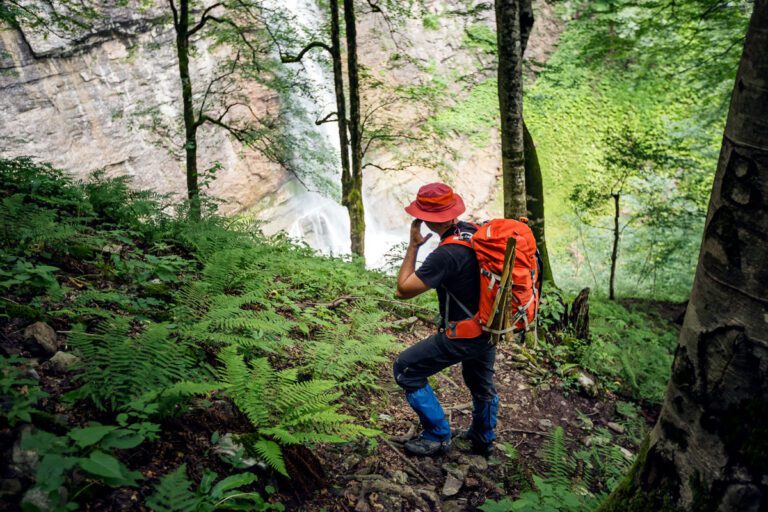